The Kyoto Protocol attempted to create such a market on a top-down basis by a supra-national body (the Conference of Parties) policing limits committed to by governments. For a number of reasons this was unsuccessful but in the wake of that failure, numerous jurisdictions, regional (the EU), national and sub-national (provincial, municipal, city) have nevertheless implemented mitigation mechanisms that put a price on carbon.

These measures, while reflecting local preferences, are fragmented and heterogeneous; differences in design, implementation and the standards applied detract from their effectiveness. Businesses operating globally may come under multiple schemes without the capacity to easily net off their overall positions many large multinational entities have compliance obligations in multiple jurisdictions where they operate and would benefit from these diverse carbon markets connecting. Greater efficiencies and scale might be achieved if these schemes were connected in order to derive a more globally consistent carbon price, making them more attractive to investors and more effective in changing the behaviour of emitters.

The Paris Agreement directly supports the idea of international trading by recognising that Parties may engage voluntarily in cooperative approaches that allow internationally transferred mitigation outcomes (ITMOs) to contribute towards Nationally Determined Contributions (NDCs). Such engagements should promote sustainable development, ensure environmental integrity and transparency, including governance, and apply robust accounting, in particular in the avoidance of double counting. 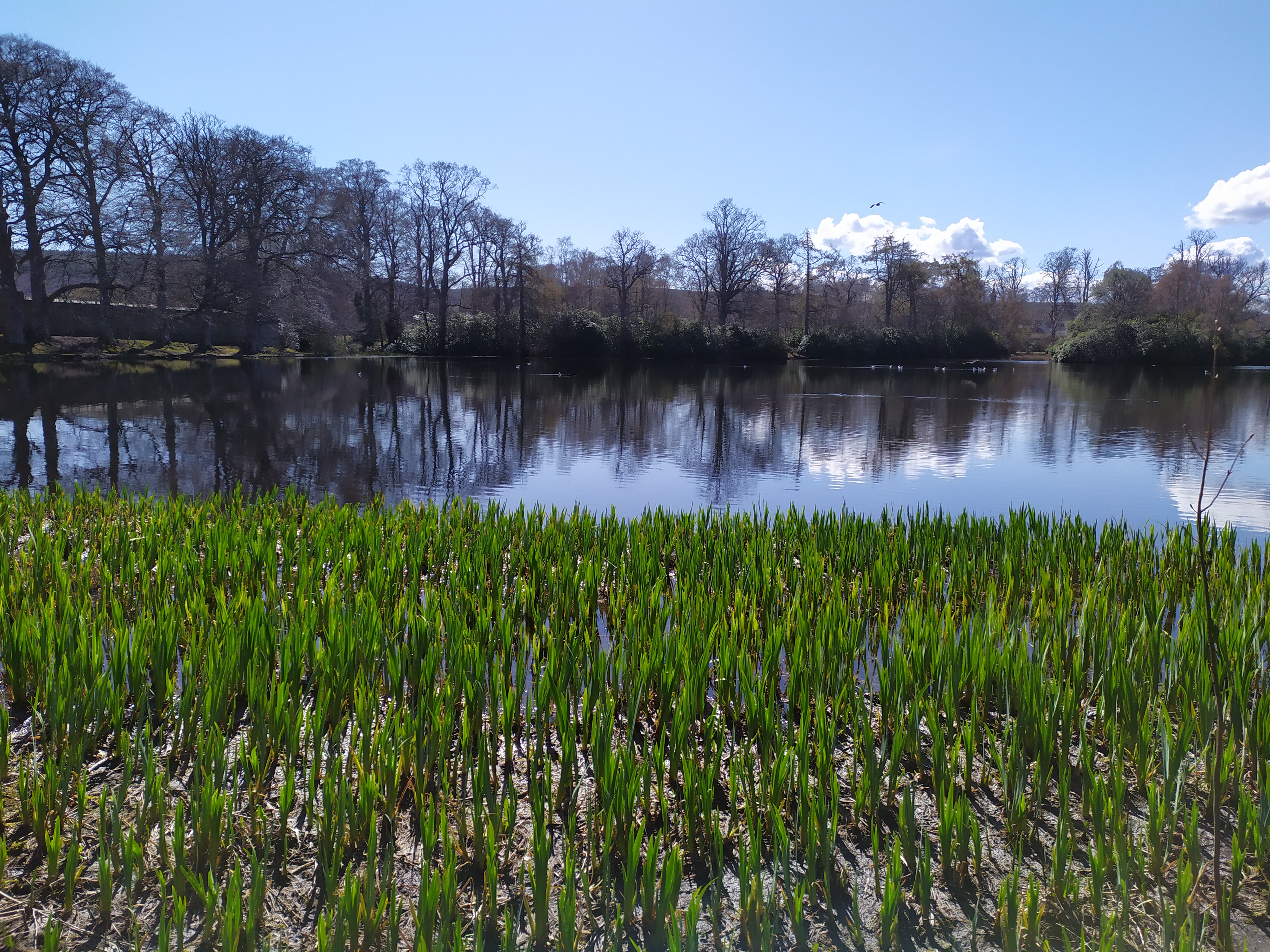 In 2018, the Intergovernmental Panel on Climate Change (IPCC) presented a Special Report on the impacts of global warning of 1.5°C above pre-industrial levels and related global GHG emission pathways, in the context of strengthening the global response to the threat of climate change.

It was reported also that for pathways that would not exceed 1.5°C temperature increase, or only do so to a limited extent, the modelling indicated that global net anthropogenic carbon dioxide (CO2) emissions must decline by about 45% from 2010 levels, by 2030, and achieve net zero around 2050. To put this another way, there is a limit to the remaining anthropogenic GHG emissions allowable to 2050 (a ‘carbon budget’), if the temperature increase (and consequent climate changes) is to be kept within this range: the concept of a carbon budget is well-developed in the field of GHG mitigation.1

This global carbon budget can be apportioned between individual nations, although how this might be done in a fair, just and equitable way poses a conundrum. Not only would applicable methodologies need to take account of the physical imperative to limit emissions, but also relative levels of development of different nation states, the responsibility for historic emissions as well as the current rate of increases in emissions from developing states and the legitimate expectations of those states to develop.

All the same, it is clear that mechanisms to measure and compare mitigation actions and their outcomes, can inform discussion and debate, and facilitate better decision-making in global mitigation policy. 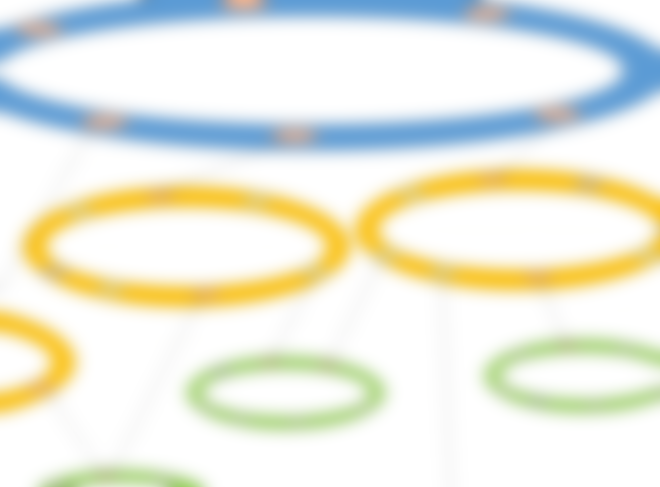 To date, Distributed Ledger Technology (DLT) has been associated most prominently with virtual currencies, such as Bitcoin, however DLT has many broader applications, for example, providing accurate, secure, globally distributed registers of assets; preconditioned, self-executing ‘smart’ contracts; and ‘trustless’ transactions which can be executed safely and securely without the need for (or time and cost inefficiencies of) trusted intermediaries.

The accuracy, auditing, security and reliability of transaction record-keeping and accounting will be core to the operation and success of cooperative approaches using ITMOs. This would be even more so the case with globally connected carbon markets. In these respects, the development of DLT is timely and the range of potential applications is growing.

Networking allows trading between different markets without the need for those markets (such as emission trading schemes, ETSs) to link with each other, thus avoiding the delays and complications of negotiating harmonisation of the respective regulatory systems, institutions, administration and procedures, such as joint registries, or common arrangements for issuing allowances.

Networking holds out the promise of a more time efficient process for connecting markets by avoiding the need for homogenisation of laws, policies, registries and other aspects of the participating jurisdictions’ systems. This relies on there being a common metric to enable fungibility of the units trading in different schemes: hence, the concept of the mitigation value (MV) of, for example, allowances traded in different ETSs, is described as the fundamental unit traded across the network of carbon markets.

Developing tools to facilitate measurement and comparability of units of GHG mitigation, whether issued as allowances in emissions trading schemes, or generated as credits by mitigation projects, is an essential part of our work on networking carbon markets. 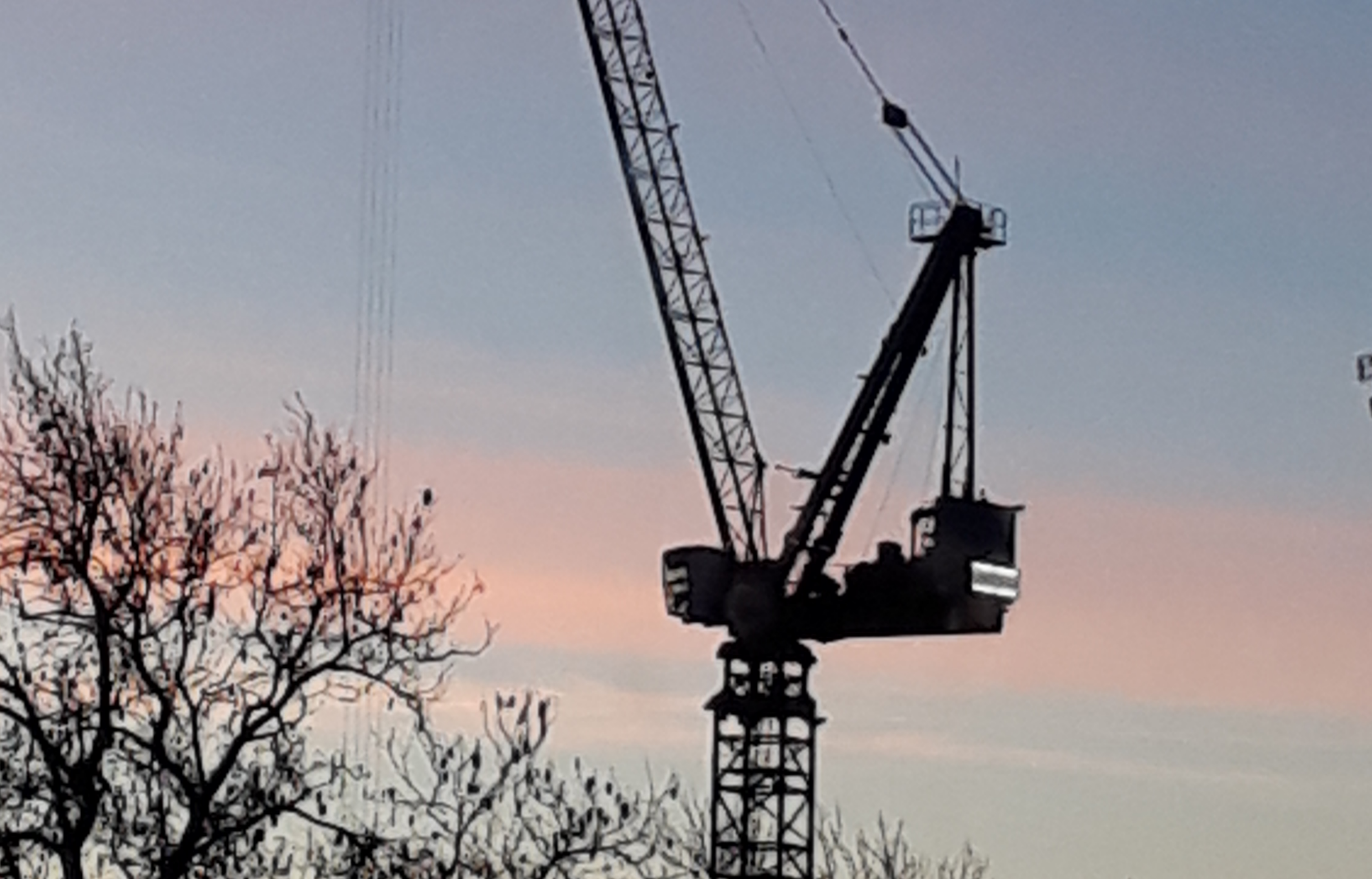 Project-generated credits can be traded on carbon markets, pointing to the importance of arriving at values for their impact in mitigating GHG emissions. At the same time, climate data analysis is a burgeoning area that is developing to service the demands of the financial services sector, driven in part by anticipated regulatory and disclosure requirements.

Yet consideration of the analytical approaches being applied by firms engaged in climate data analysis, points to an emphasis by them on the consequences for corporations, investments, assets and infrastructure from climate-related risks, as opposed to the consequences for the climate of corporate activities, investments, assets or infrastructure development.

Put another way, climate data analysis provides guidance on the financial adaptation of corporations, investments, assets and infrastructure, as opposed to measuring and evaluating the GHG mitigation performance. Similarly, in brandishing ‘green’ credentials, corporations, bond issuers, project promoters and other economic actors disclose little in the way of measureable beneficial impacts that projects and other investment activities have in reducing their impact on the climate.

The methodology being developed here aims to fill that gap in the market by providing comparable assessments of the actual benefits (or otherwise) of these investment activities for the climate. Critically, in doing so, we take account of the ever-reducing carbon budgets that are available. 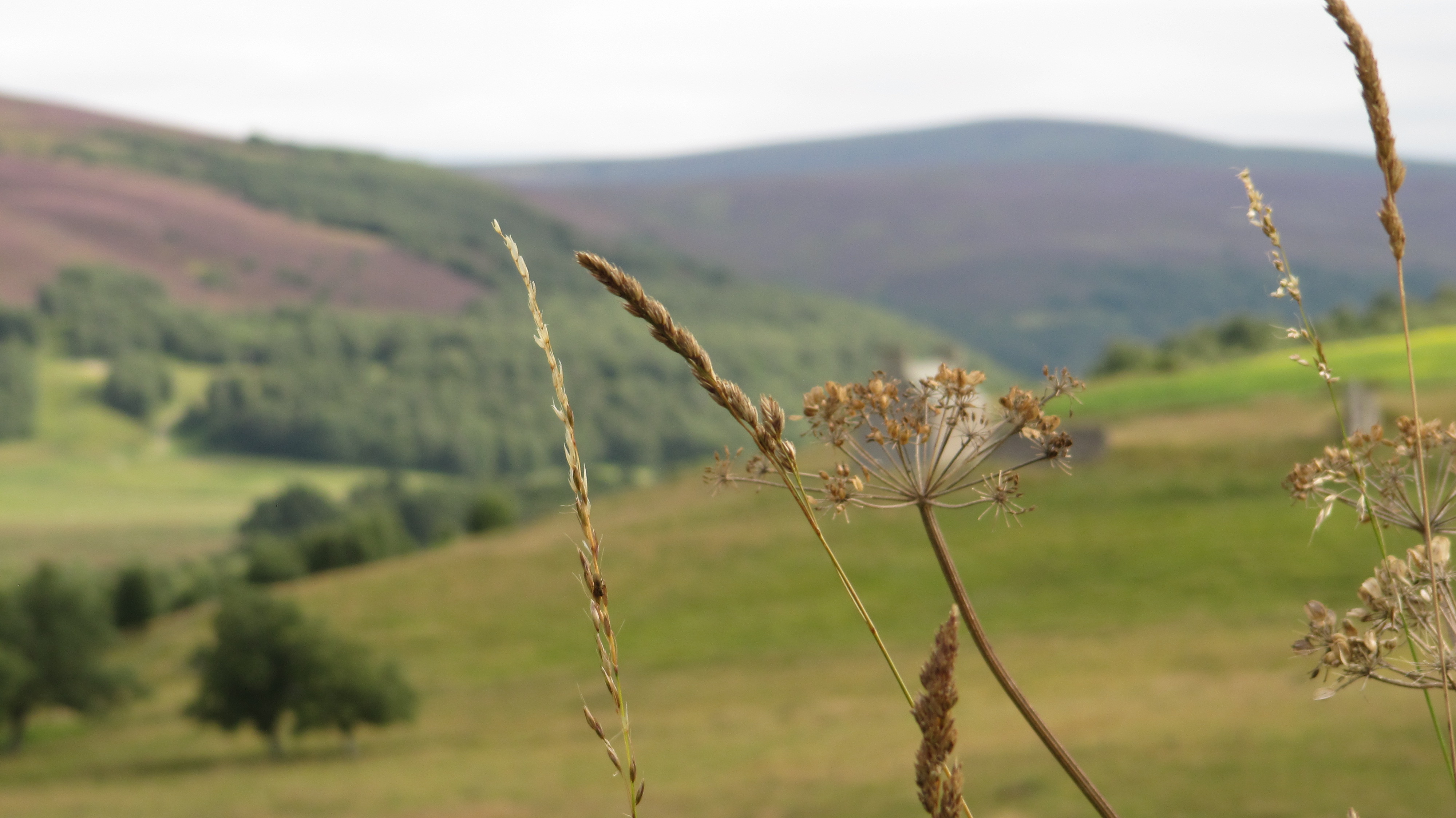 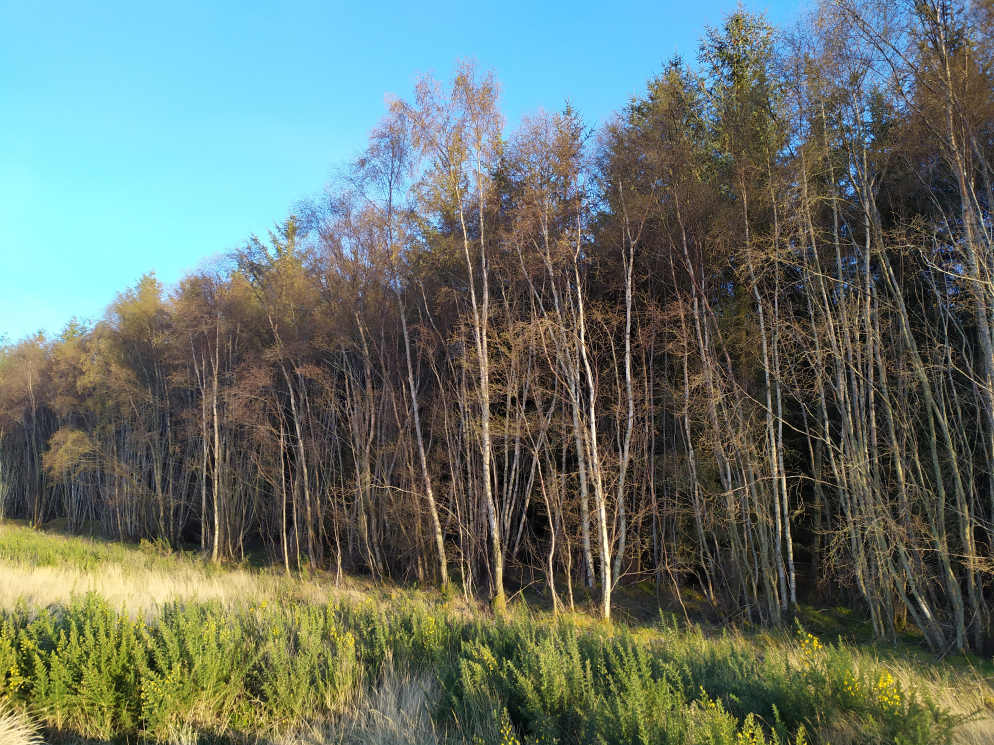 The project is informed by expertise from current World Bank initiatives in carbon trading practices and associated legal and technical frameworks, as well as extensive practical financial market trading knowledge and experience.

This collaboration was developed following a series of meetings at The University of Edinburgh developing systems requirements based on a discussion paper authored by Justin Macinante (Law School) for the World Bank’s Networked Carbon Markets initiative.

It builds on an established relationship between the Business School (Ashley Lloyd) and EPCC in developing scalable, secure, globally distributed computing systems for business and draws on expertise in distributed ledger architecture at EPCC (Adrian Jackson). To this team, Markus Hüwener brings thirty years’ expert financial market knowledge and trading experience. The team is completed by the climate law and policy expertise of Navraj Ghaleigh (Law School) who teaches and has published extensively on climate change and related topics. 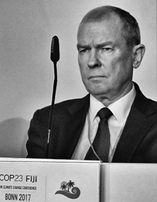 Justin has over 35 years experience in law, specializing in the interaction of the environment and finance sector, and climate change. Justin was legal counsel for the First Climate Group. He consults to the World Bank Networked Carbon Markets initiative and has published a number of papers on the subject.

Ashley has worked in the emerging technology arena for over 30 years, publications range from Quantum Electronics to Innovation Management and projects led include the first Global Grid to connect three continents and the first trans-national ‘Big Data’ analysis of consumer behaviour in China. 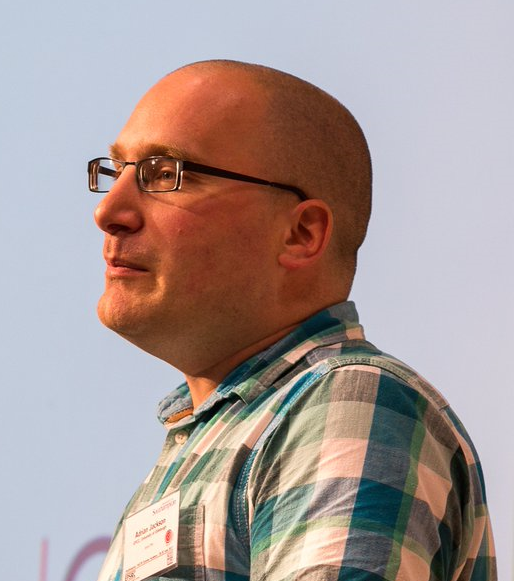 Adrian is a Senior Research Fellow with a wide range of experience in parallel computing, distributing computing across a range of hardware architectures, and data infrastructures. Part of his current work is designing scalable, performant, systems, including using distributed ledgers where appropriate. 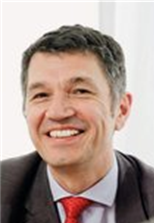 Markus has more than 25 years experience in financial and commodity markets and worked as an investment banker and asset manager. He founded and served as CEO for First Climate, one of the major independent companies in the CO2 markets. 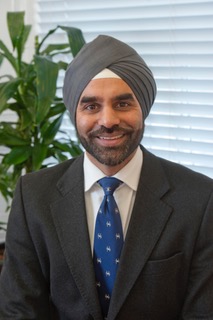